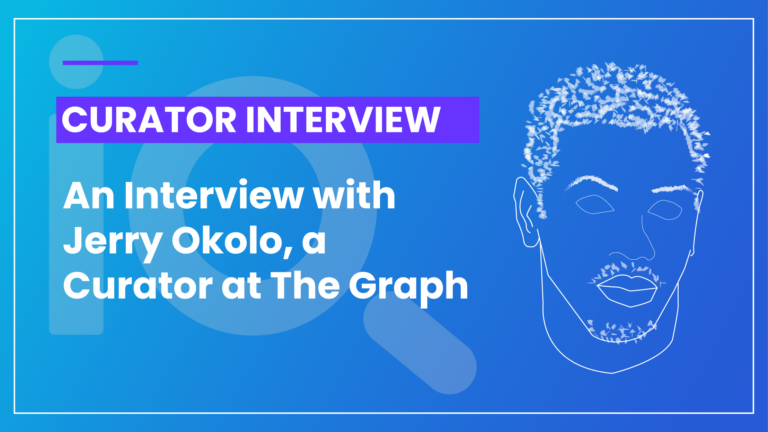 We asked Jerry Okolo, a Curator at The Graph, for his perspective on the role Curators play in the ecosystem, how he approaches this work, and what his advice is for individuals who want to become a Curator.

Within The Graph ecosystem, Curators play a critical role downstream of both Indexers and Delegators (description of the different roles). Curators signal on subgraphs and stake GRT to indicate to Indexers which subgraphs are high-quality and should be prioritized – this overview video explains this concept well.

To help individuals better understand the role of Curators, we interviewed Jerry Okolo.  Jerry lives in Nigeria and began working as a Curator at the start of the testnet. Prior to that time, he worked as an artist.  Jerry has written three insightful articles on the topic of subgraphs on Medium and is very knowledgeable about Curators, the work they conduct, and how individuals can get more involved. 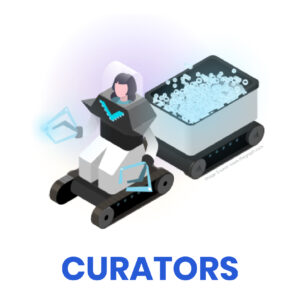 GRTiQ: What is the best way to explain the role of Curators in The Graph ecosystem?

Jerry: The role of a Curator is really interesting and fulfilling. Curators signal on subgraphs by depositing GRT tokens on a bonding curve. It’s basically a “skin in the game” way of ensuring that the highest quality data gets indexed by Indexers and served through GraphQL.

Curators can also be subgraph builders, or developers, that organize on-chain data.

GRTiQ: How would you describe the daily work activities of a Curator?

Jerry:  Primarily, the daily work of a Curator is to find new and high-quality subgraphs to signal on. They need to be able to recognize which subgraphs will be valuable to The Graph ecosystem.

GRTiQ: How will the activities and role of Curators change after the move from the testnet to the mainnet?

Jerry: I think that the testnet was a preview of what’s to come for Curators. So I don’t expect a lot to change.  For example, identifying quality subgraphs, especially those created by the project teams, is still going to be a vital function for Curators.

On the other hand, I think there are a few things that will be interesting to see. For instance, how subgraphs are minted on a bonding curve.

It is important to note that curation isn’t fully live yet, but I believe this will change once the Decentralised Explorer is launched. The Graph’s roadmap for this is something I, and many of your readers, are watching closely.

GRTiQ: Can you explain the partnership between Indexers and Curators presently, and how will this might change in the future?

Jerry: Fundamentally, I see the relationship between Indexers and Delegators as symbiotic.

Indexers need to index subgraphs to be able to serve the data quickly via GraphQL. Indexers typically don’t know which projects are high-quality or which new subgraphs are indexing-worthy. They rely on Curators who not only know about these projects in the community, but who build subgraphs for these projects. Indexing requires computing power. Indexing subgraphs takes from minutes to days to index.

I don’t see this relationship changing very much in the future. I think as the protocol matures, so does the relationship between participants within the ecosystem.

GRTiQ: There aren’t many Curators currently working on The Graph. Do you think this will change over time?

Jerry: Yes, this will change.  The reason why there aren’t many Curators is that, as I said, the signaling isn’t live yet. Once the curation market opens up, I think we’ll see a flood of new Curators to the ecosystem.

In fact, I’m sure there are some Delegators who will want to curate as well.

GRTiQ: What advice do you have for individuals, such as Delegators, who are thinking about getting involved as a Curator with The Graph?

Jerry: First of all, I would encourage Delegators to participate. It is up to us to make sure all the information on blockchains gets preserved in a way that’s fair, open, and reusable over time. I think that’s a great thing for anyone to be a part of. You are basically being rewarded for being honest. It’s amazing!

I believe there will always be room for more Curators because events are continuously unfolding and it’s up to us to organize it all.

Delegators who want to move into a Curator role should look at subgraphs like Uniswap or Synthetic, which are a great way for Delegators to introduce themselves and learn how curation works because those projects are so well known. Also, there are hundreds of articles on how to evaluate good subgraphs, and I’m sure there’ll be new articles on how curation works in the near future.

Also, don’t be intimidated by the docs and learning how to build subgraphs. I think a lot of effort went into making those docs. In my opinion, The Graph has made the development of subgraphs very noob-friendly.

The Graph also has a vibrant community of participants who are willing to help if you ever get stuck. Personally, I’m humbled by how much help I have received from members of the community.

GRTiQ: It can be difficult to understand what is meant by Curators “signaling on subgraphs with GRT.” How would you explain this?

Jerry: Curators signal on subgraphs by depositing the GRT token on a bonding curve. When they do this, they mint curation shares for that subgraph. By doing that, they earn a portion of the curation fees that the subgraphs receive so that, when they sell the curation shares, they have more than they put in.

For new subgraphs, especially those created by subgraph developers, curation also serves as a way to get Indexers to discover it.

GRTiQ: In your opinion, how important are Delegators to The Graph?

Jerry: Delegators are very important because they secure the network. I think they also help with the decentralization of the network by delegating to new Indexers.

GRTiQ: What do you envision when you think about the future of The Graph?

I see The Graph as being the go-to source for truth. As more people around the world come to participate in the network, either by being a Delegator, Curator, or Indexer, we’ll see The Graph become even more dominant as the most reliable and wholly decentralized source of information.

GRTiQ: What challenges to The Graph should the Delegator community be aware of?

Jerry: None that I can think of. Although, something like this has not been done before at scale. We are basically on the edge and this is all unfolding as each Epoch passes.

I suppose The Graph’s greatest challenge is the unknown, which is true with just about anything new and innovative. 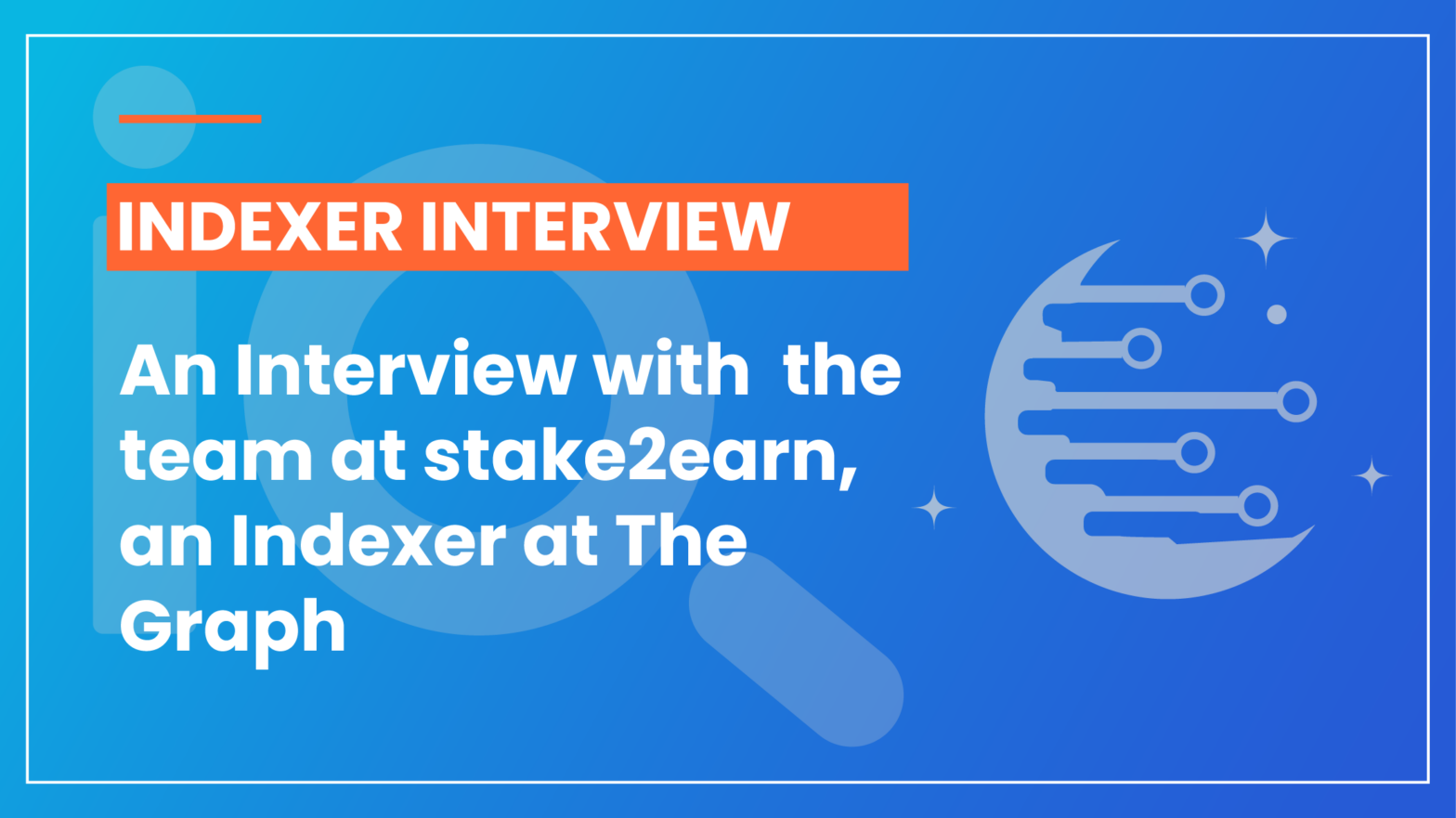 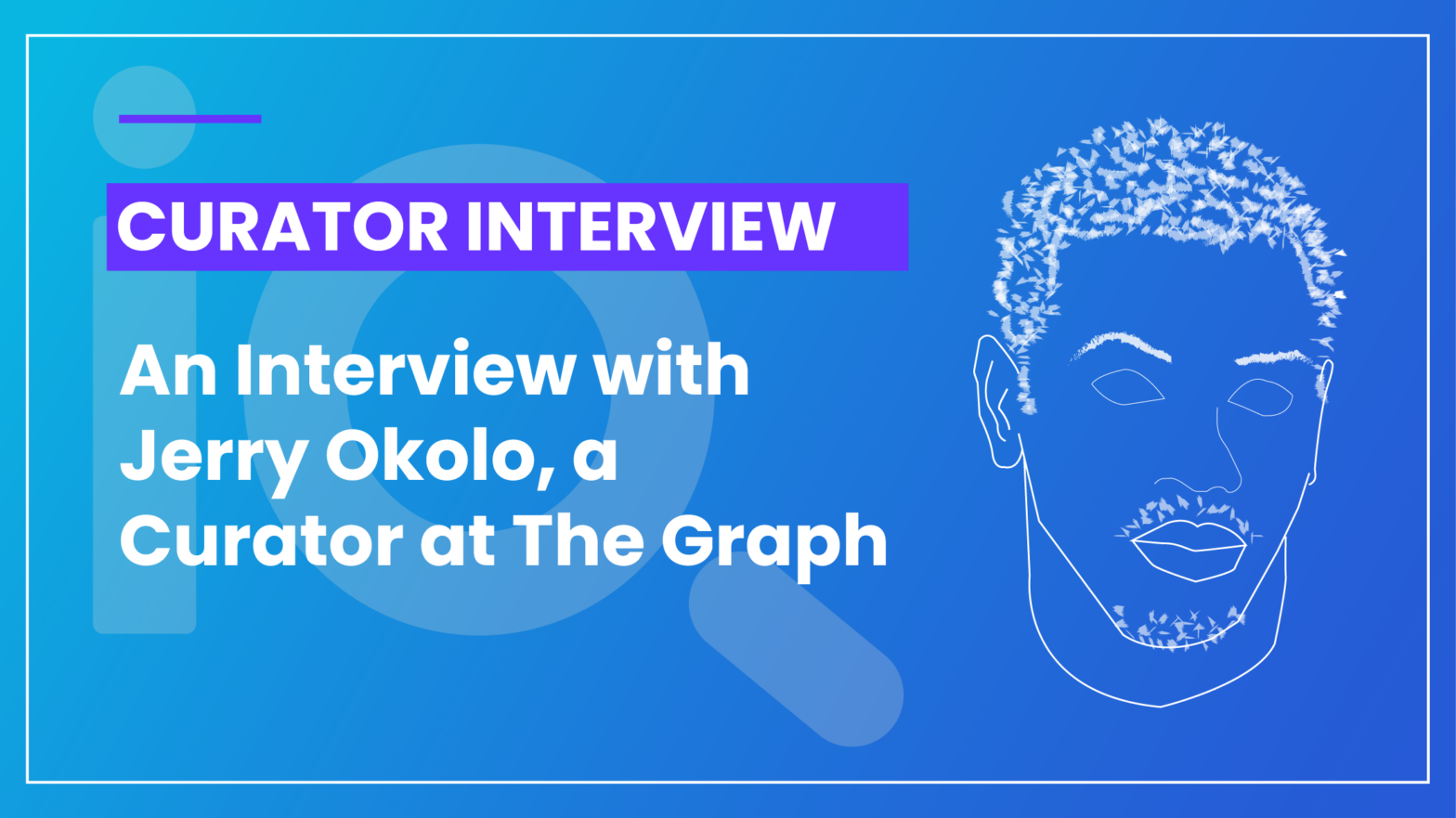 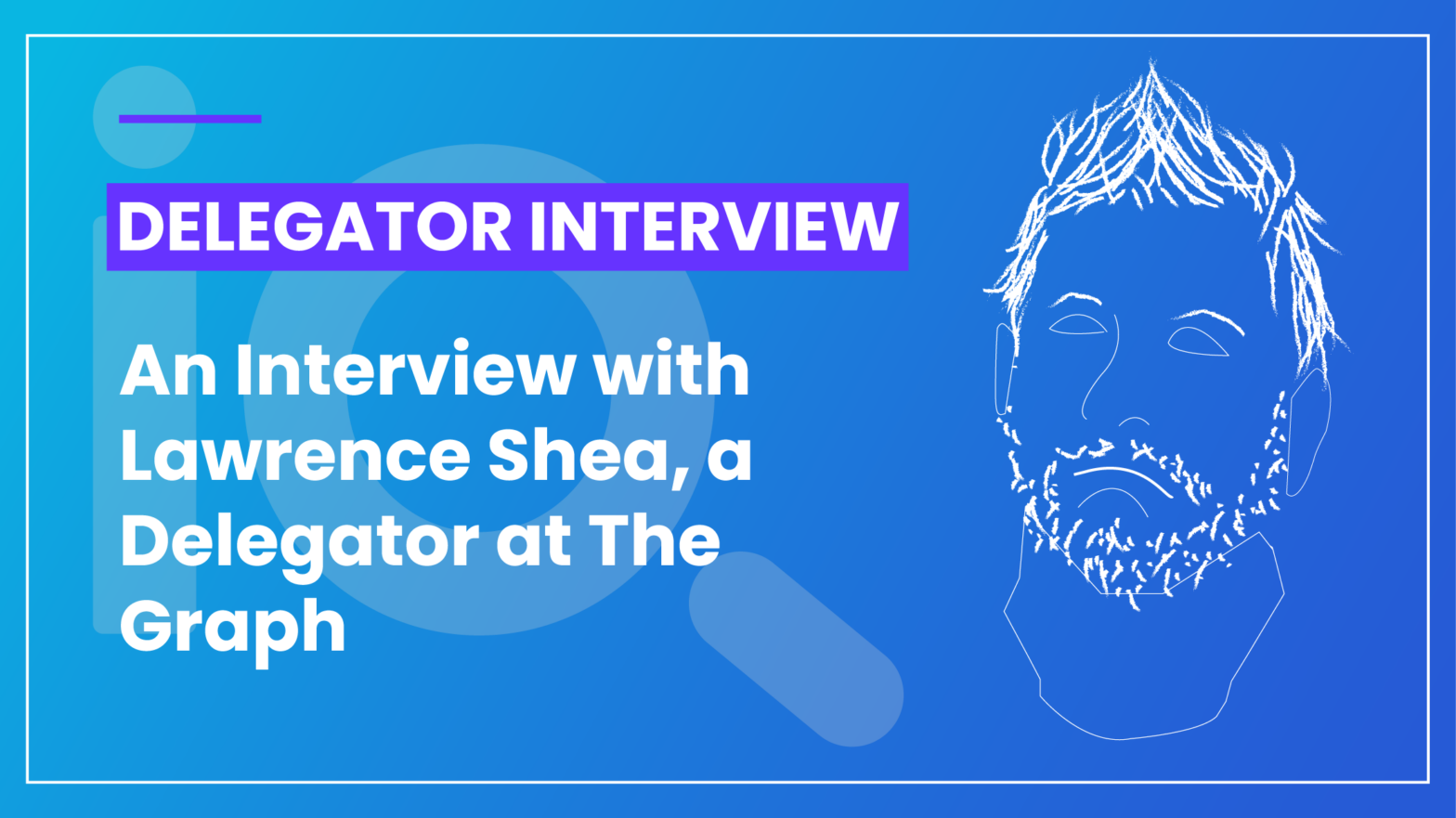 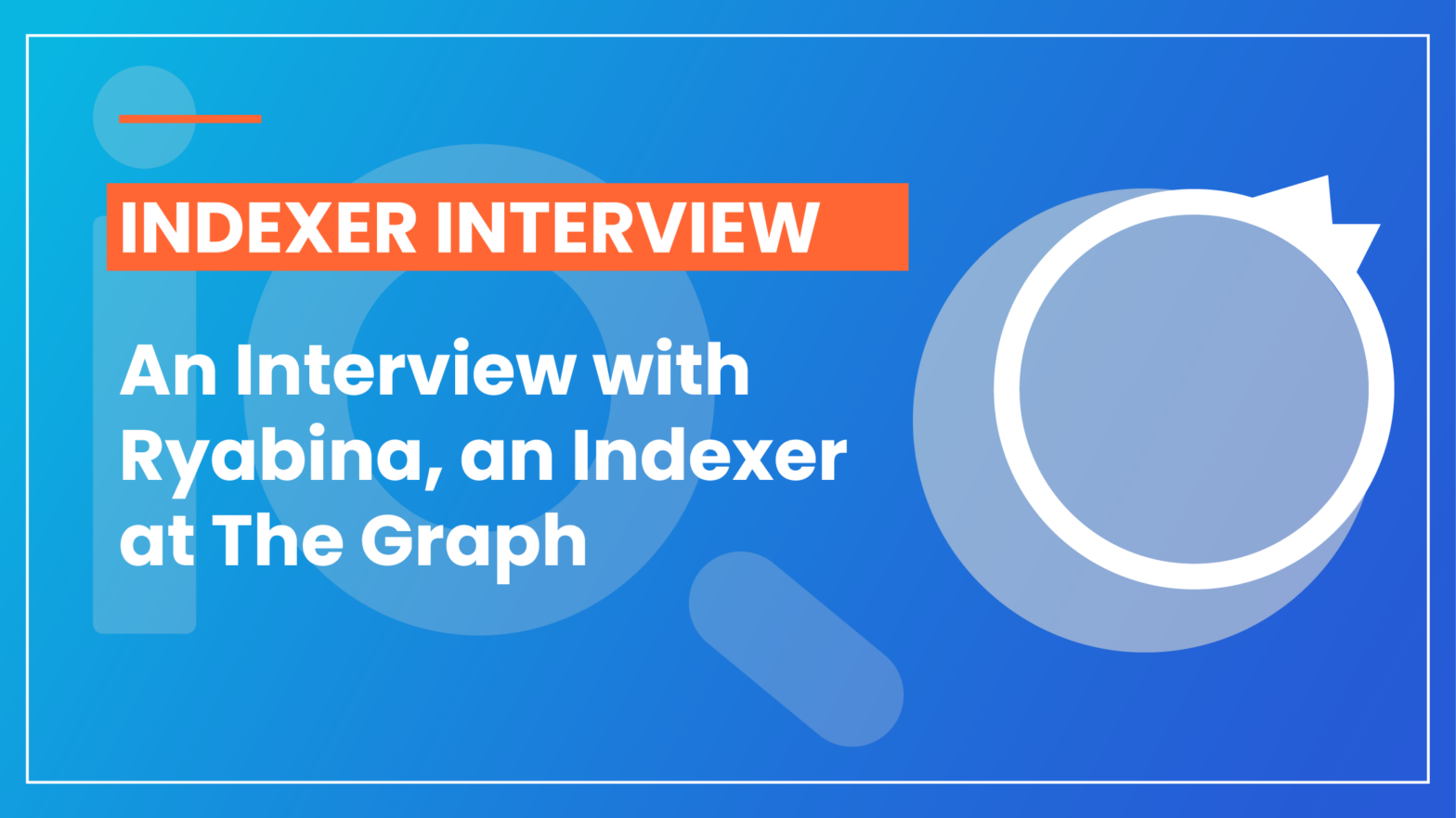 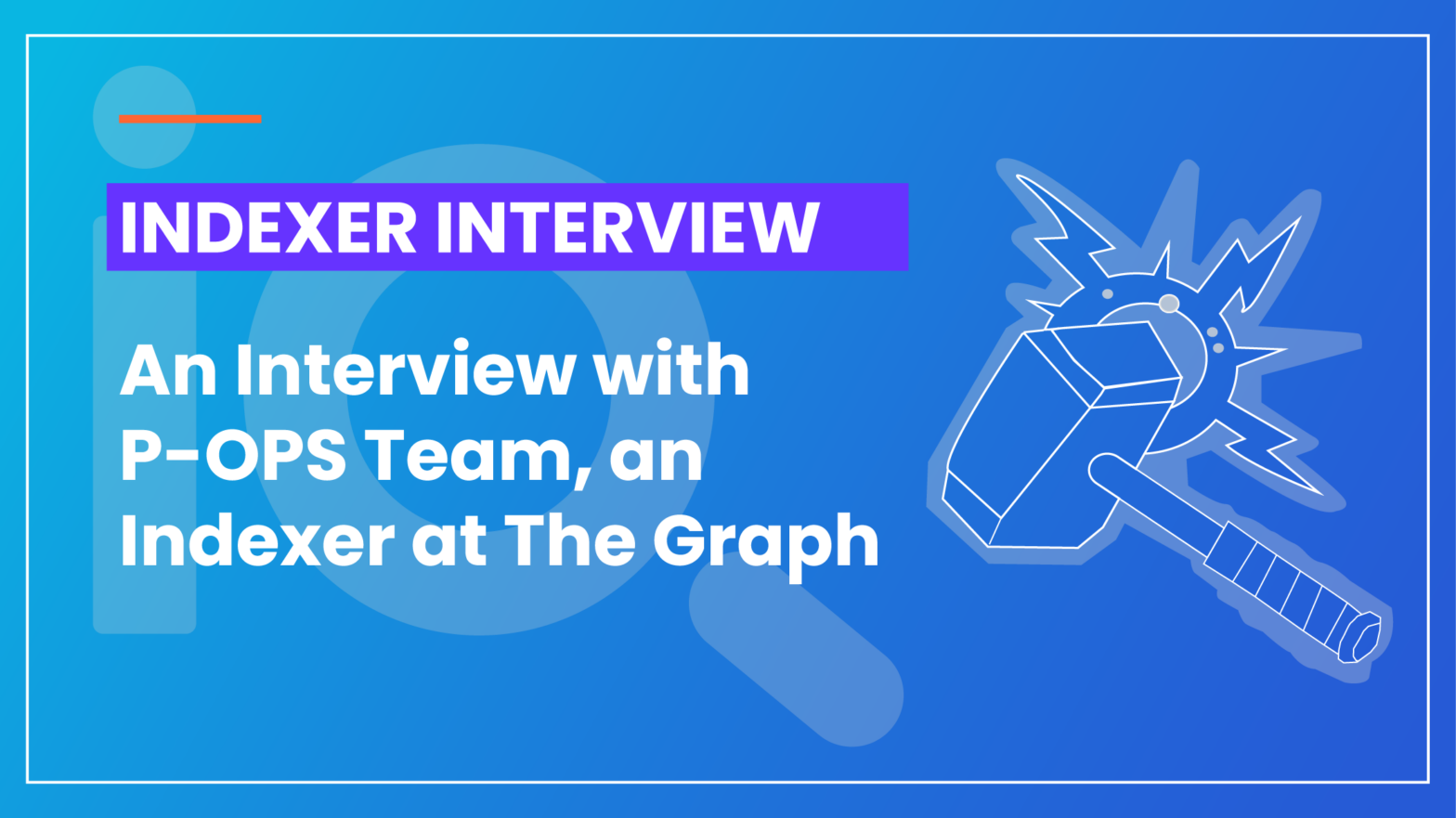 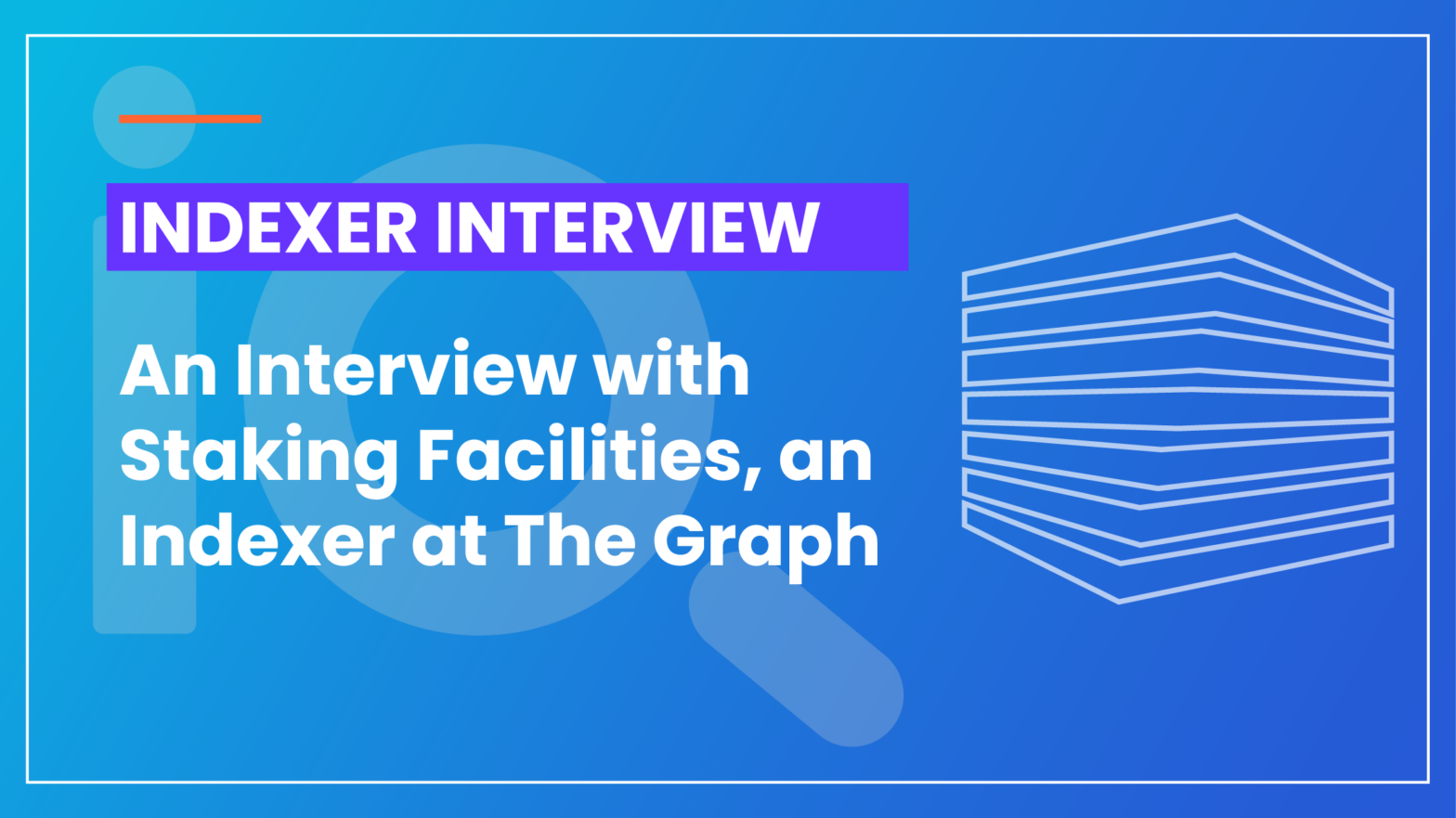 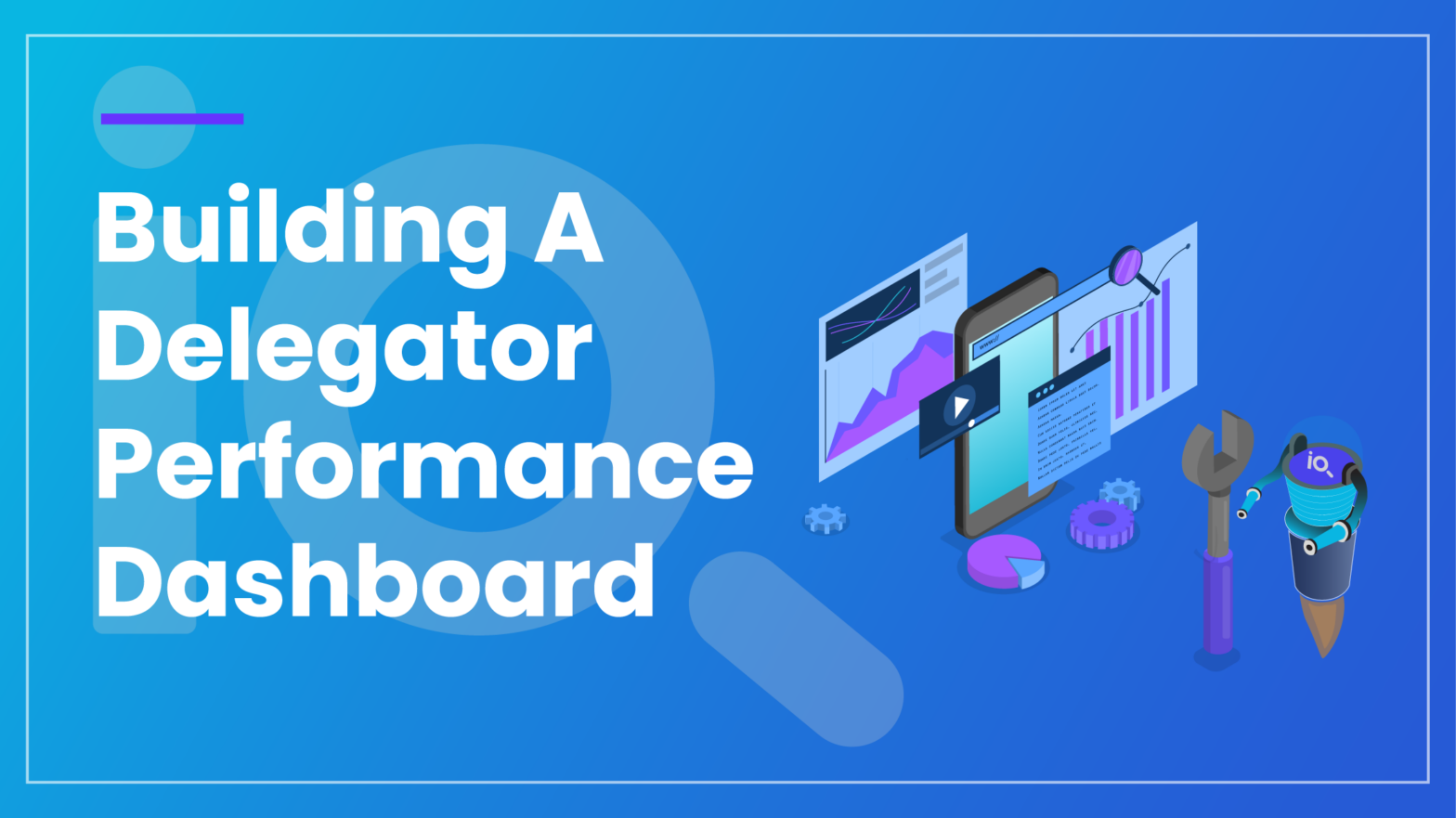 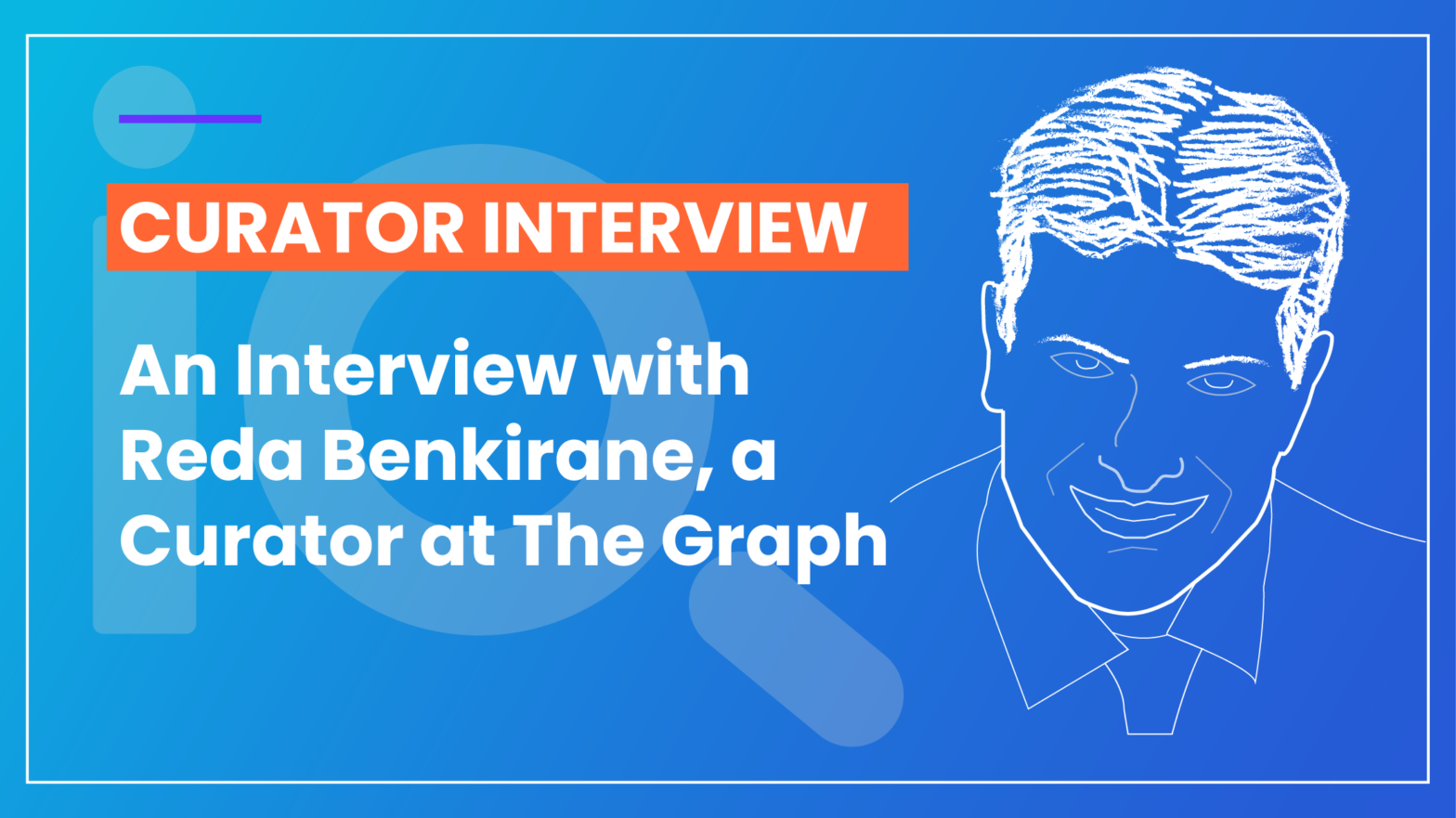 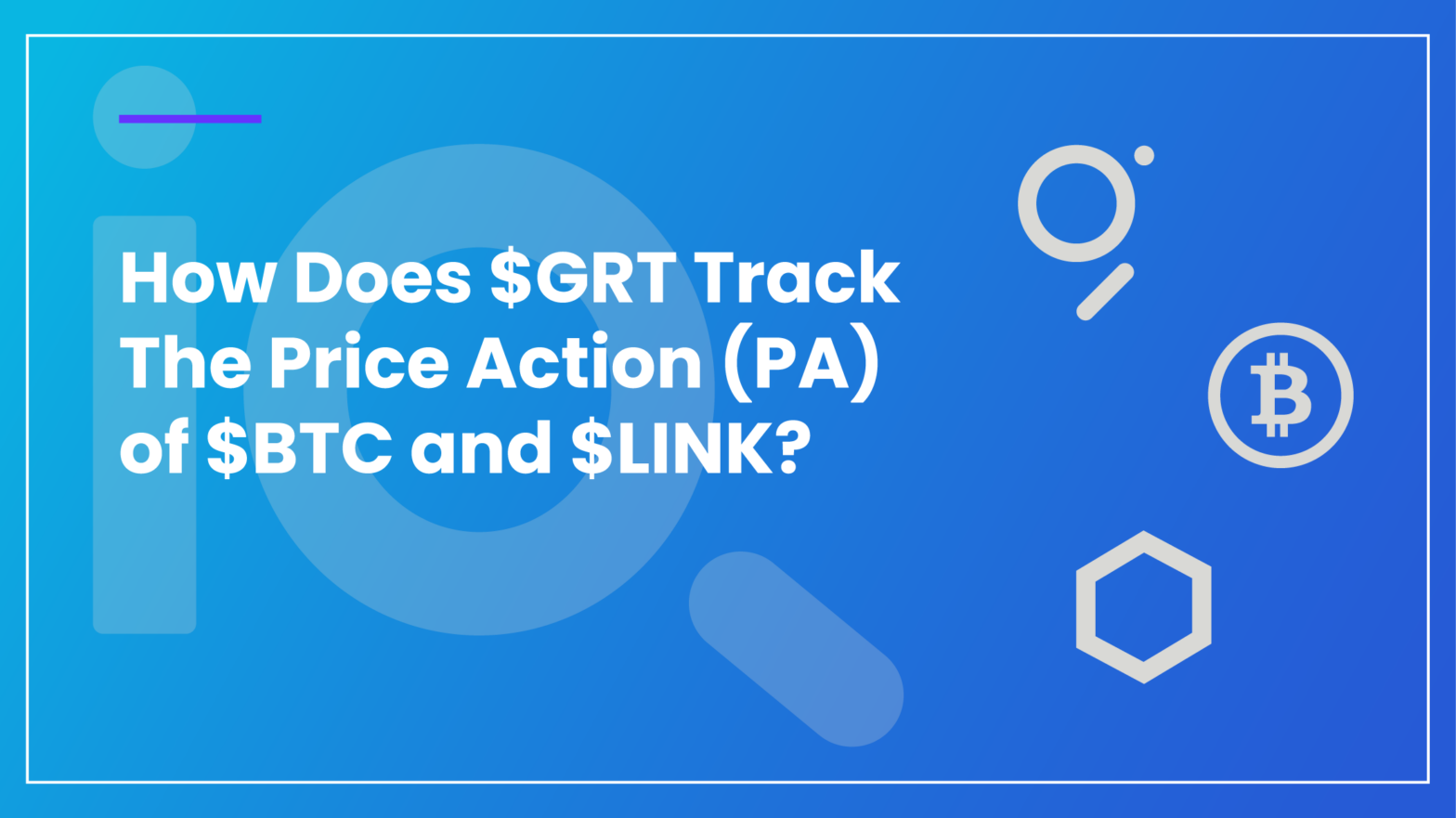